We are at the dawn of the Internet of Things.

In less than a decade’s time, sensors, trackers and network devices that form the infrastructure of the Internet of Things (IoT) will permeate every aspect of our lives. It is imminent that interests in solving business problems using said infrastructure will overtake the hype of building the infrastructure itself. If you’re considering how IoT applications may propel your business, you are already one step ahead of the crowd. We at RedBite believe that the IoT is here, that the IoT is now.

One group of technology that powers the IoT is Auto-ID. Among them, the barcode is perhaps the best known. From groceries picked up in a store to parcels received from an online retailer, familiar black stripes can be found decorating most packaging. Using a barcode scanner, strings of numbers can be instantaneously read from their encoded form. By themselves, the numbers bear no meaning. In a simple point of sale (POS) application, product names and prices are immediately retrieved by searching numbers against an EAN repository. Parcel tracking applications on the other hand, not only look up, but also log delivery progress against the numbers. Due to the exceptionally low cost involved in printing onto packaging, the barcode outstrips other technologies in POS and delivery signing applications.

However, if we expand our perspective into other processes of the same business operations, we’ll find inherent needs not fulfilled by barcodes. For example, stocktake are still largely performed in a traditional manner where employees are assigned to manually tally physical goods. Despite its ubiquity, the barcode adds little to no value in stocktaking, especially when compared to RFID. 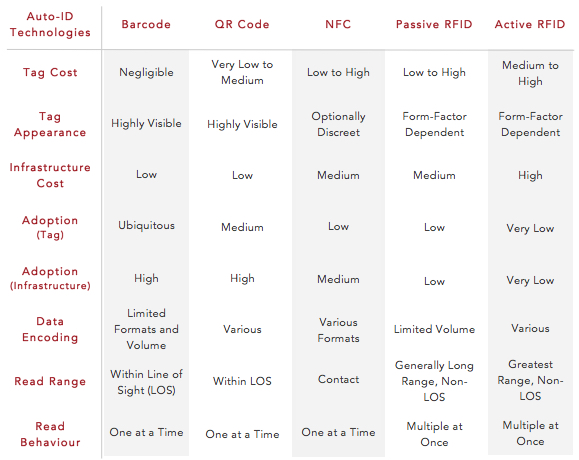 Most RFID technologies are ideal when real time location information of items is necessary. Arrays of antennae covering an area of interest, in tandem with tracking software, can provide surprisingly accurate and up-to-date movement and location logs. In the stocktaking scenario, or any scenario that requires mass identification in a small amount of time, most RFID technologies excel due to their read range and behaviour. Using a handheld RFID scanner, an operator can swiftly perform a tally of items in proximity, including items that are obscured. The same setup would, however, struggle to single out items. RFID technologies’ massive read range would pick up stray reads, making it ambiguous as to which scanned object is of interest. Thus, RFID technologies are unsuitable for classic point of sale scanning. 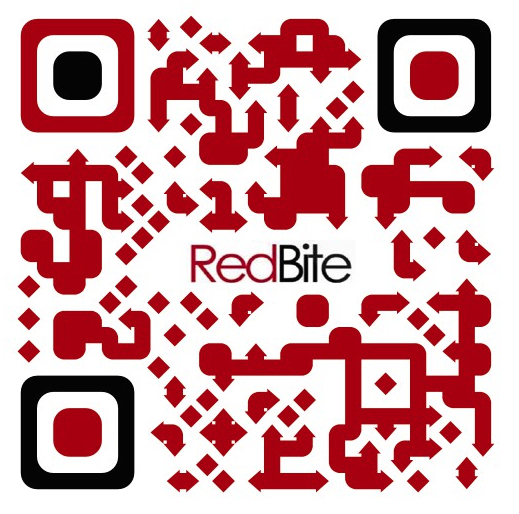 QR codes have been on a meteoric rise in the last couple of years; posters, most products and even some phone applications have QR codes. In its barest form, QR is just a more advanced version of a barcode. To what then, does QR’s popularity owe? – Its ability to hold information in formats and lengths that a barcode cannot. Combined with its aesthetic appeal, relatively low cost to print and that it can be read by any smartphone, you put into the hands of consumers the ability to interact with a product in a way that was never before possible. Download an app, get and share information and enter a competition are just some of the possibilities that QR codes bring.

Although a very different technology, recent traction gained by NFC is by no means inferior to QR. Similar to QR, it owes its rise to smartphones. Contrary to QR, reading NFC tags require almost physical contact. NFC is perfect for scenarios that call for absolute certainty in what’s being read, e.g. I’d be unhappy to pay for a pint I’m not having, just because of a stray read. In the object-tracking world, NFC has the potential to address security and anti-counterfeiting needs.

It is beyond the scope of this post to discuss in detail every business scenario and judge which, or in fact if any, Auto-ID technology forms the perfect solution for your business. At RedBite we believe that technologies are mere tools, tools that are not created equal, some better at one task, some at another. This is why our software solutions adopt all mentioned Auto-ID technologies. We address your business needs by empowering you with the choice and any combination of Auto-ID technology.